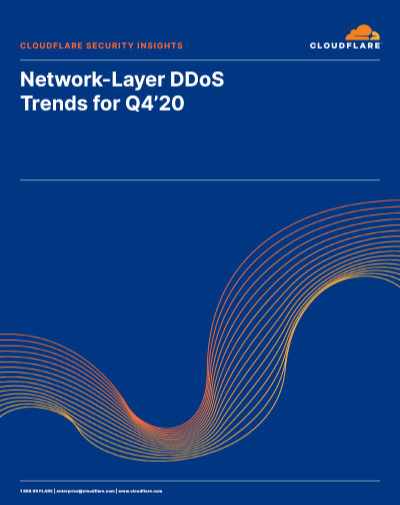 In addition, attack vectorscontinued to evolve, with protocol-based attacks seeing a 3-10x increase compared to the prior quarter. Attackers were also more persistent than ever — nearly 9% of all attacks observed between October and December lasted more than 24 hours.

Below are other noteworthy observations from the fourth quarter of 2020.